In today’s society, gaining an inch can be like gaining a mile.

Soccer takes a lot of skill and athleticism. You need 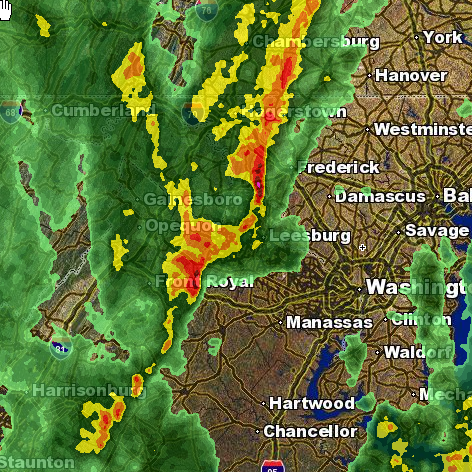 to be able to dribble, pass, shoot, tackle, communicate, see, sprint, etc. But as I’ve stated before (“mind bend it like beckham” – 2/11/2009) it’s just as much a mental game as it is a physical one. You need to think like your opponent and play somewhat of a guessing game, connecting dots before there’s any visible relationship between them. You need to forecast outcomes, intellectually seeing into the future guided by the data that’s available.

This sort of anticipation is an imperative ability for success in the future – within any endeavor. In business, anticipation means a gaining a leading edge on the competition. For defense, it means preparation and contingency plans for what might be likely to occur. In decision-making its gaining threshold confidence in your decision – using as much relevant information to guide a range of actions, opinion,s and ultimately, outcomes. And not to mention, it helps us grab our umbrella when running out the door.

Predictive analytics, although a seemingly new, hot topic today, has been around forever. Prophets, Mayans, Nostradamus, Pythia, lunar calendars, and the Akashwani – in a historical sense the predictions were informed by a variety of sensory stimuli coupled with intuition and a variety of other external factors. Nowadays, it’s really not that different. Today, we have data and semi-sophisticated mathematical processes that parallel conscious perception and intuition. We can quantify much of what could not have been quantified in the past.

“Predictive analytics encompasses a variety of techniques from statistics, data mining and game theory that analyze current and historical facts to make predictions about future events.

In business, predictive models exploit patterns found in historical and transactional data to identify risks and opportunities. Models capture relationships among many factors to allow assessment of risk or potential associated with a particular set of conditions, guiding decision making for candidate transactions.” (Wikipedia)

It’s imperative that people embrace predictive analytics to inform decision-making. Math doesn’t have to make the decision – that’s mostly for humans – but the math can give a comprehensive picture that outlines components of the decision and also tells us what the decision may lead to (or may have led to in the past) in terms of primary, secondary, and tertiary outcomes. Bruce Bueno de Mesquita is a great example of this, using computer algorithms to predict world events of the future – war, proliferation, conflict, etc. Decisions are not made by computer models, but humans are briefed of probable scenarios in order to make better-informed decisions.

I’ve said this before – math can be simple when it’s made to be simple. It’s a toolbox of problem-solving techniques and thought processes to help guide real-world decisions and understanding. It’s important to not be afraid of the math – start small and grow your mathematical toolbox over time. Take it head on and don’t be overwhelmed. We all have something to learn and we all have something to gain by embracing prediction and anticipation.

So whether it’s sport, meteorology, national security, or adding garlic to the pan, find a way to anticipate. In doing so, my prediction is that you’ll be better off…