Story: Archimedes was tasked to determine if the new crown 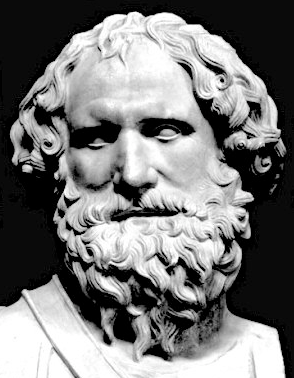 made for King Herion II was made of solid gold. While taking a bath, he observed the level of water in the tub rise as he got in… leading to his “Eureka!” moment regarding density and displacement.

Impact: Hydrostatics, or the study of the mechanical properties of liquids at rest, was born. Archimedes’ Principle regarding buyancy and density is used throughout science today. It’s used in the building of ships, other industrial manufacturing, and really any type of engineering. Without it, well, we might be “screwed” (see Archimedes’ other works below).

Archimedes’ life highlights when a needs translates to accomplishments. This is a characteristic of most inventions, because they need money to flourish and inventors need money to succeed and continue inventing. But Archimedes’ accomplishments were much more than this. It seems to me that he was driven by pure curiosity and intellect, a desire to test his mind against science and nature.

At some level, perhaps he spent too little time outside of his passion of mathematics and discovery. A passion is supposed to be a majority consumer of time and energy. However, no legacy really exists, outside of his scientific accomplishments, that tells us about Archimedes the man and Archimedes the neighbor. Perhaps this has something to do with the time frame in which he lived, but a story told is a story told. Regardless, Archimedes was a life changer and contributed an incredible balance of both an immediate impact and a long term impact on society.